What it takes to be Microsoft Teams Live Events Producer #m365vm

This week I had the pleasure to deliver two sessions and also the opportunity to be a producer by way of keeping lights on with moderating 9 sessions at the world’s largest global Microsoft 365 online event – Microsoft 365 Virtual Marathon – a 36 hour non-stop event that happened on 27-28 May!

Microsoft 365 virtual marathon was entirely running on Microsoft Teams platform powered by Microsoft Teams Live Events. The online conference consisted of over 400 sessions delivered by 300+ speakers. The event was very well organised, coordinated and delivered. What follows below is a version of events and experience as I volunteered to be a producer for several sessions but I know behind-the-scenes a lot more effort, energy and community folks like Dipti Chhatrapati, Joel Oleson, Ryan Schouten and Jeff Willinger! Also, a big thanks to Galen Keene for providing a very easy to use and step by step producer guide to help everyone be on a happy path to managing live events! Oh by the way I only used my Surface Pro (5th Gen) Model 1796 i7 and worked like a charm and trying to do my thing of using less electricity!

As Ryan Schouten was the organiser in terms of Microsoft Teams live events calendaring and invitation management, live event invitations for producers and presenters were sent out as per schedule. The producer schedule was organised by dividing sessions into miles (tracks) and so each track had 2 producer blocks (each block consisted of 3 x 1 hour-session + 30 minutes prep time) with producer allocated to each producer block to cover the session recordings capacity. For the entire conference there were approximately 150 producer blocks covering all time zones supported by global community of volunteers with over 14 miles (tracks) and language tracks: French, Korean, Japanese, Japanese Dev, Spanish.

Whilst I have summarised above in few lines, the reality of coordinating event at this scale is quite something different but it can be done and the organisers did it! There was a “war-room” team chat workspace to log any issues and seek further support and guidance if there were failures to keep producers at ease! Below are brief steps to manage activities to kick-off the live event, manage & coordinating presenters with monitoring of Q&A and dealing with if any technical difficulties.

After my producer block of 3 sessions were completed then I left the event by pressing “Leave” and NOT End event! This is because the 2nd producer will be taking over to manage their 3 sessions and eventually the organisers will end the event.

I was fortunate enough that I had no issues with my three producer block of events (10 hours!!), although there were some issues faced by other producers in the initial stages of the conference, possibly due to concurrency of so many live events, but they were resolved quickly by the organisers & Microsoft engineers and I guess Microsoft cloud scales 🙂

Below are the sessions I was responsible for moderation of whom many were MVPs and folks from Microsoft and it was an honour to see their presentations and learned new stuff along the way!

Above all, I really enjoyed being part of this great global online event with thriving Microsoft 365 community, and as this was the last year for what we have known as SharePoint Conference that has been going since 2008 (yes I was there! – picture below) and it was my immense pleasure to deliver 2 Microsoft 365 sessions and moderating 9 sessions by way of contributing to what I have gained from SharePoint over the years! Next year we have Microsoft 365 Collaboration Conference happening in Las Vegas on 23-25 March 2021, so look out for event updates on twitter @m365conf #m365conf and get registered today!

Chirag is an Independent Consultant at Patel Consulting, Chartered IT Professional, TOGAF9 Certified Architect and Microsoft MCSE (Productivity, Data Management and Analytics) based in London, UK with more than 20 years of industry experience. He works with a wide variety of clients in many sectors, designing and implementing business collaboration, data and information management solutions and services based on Microsoft 365 technologies, Microsoft Teams, SharePoint, Power Platform to create business value for both themselves and their customers, including UK Microsoft Gold Partners with deployment, upgrade and migration services delivery. Chirag is an active Microsoft 365 community participant, frequent speaker at local and international events including SharePoint Saturdays (London, Cambridge, Brussels, Paris, Madrid, Barcelona, UK, EMEA, India), Collab365, TeamsFest, Modern Workplace Summit and Scottish Summit. You can follow Chirag on twitter at @techChirag. View all posts by Chirag Patel @techChirag 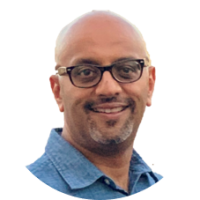 Things I talk about…

This site uses Akismet to reduce spam. Learn how your comment data is processed.