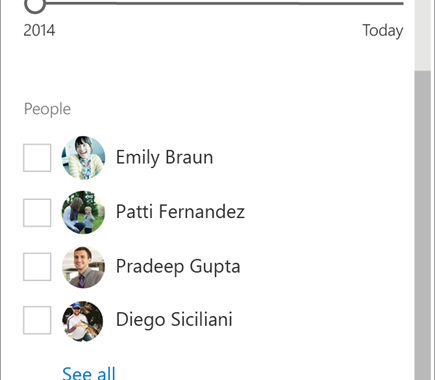 Download All on OneDrive for Business and SharePoint Online web client

Coming soon new feature on Office 365: Download All on OneDrive for Business and SharePoint Online web client Download all (multiple files and folders) is a new, and highly-requested Office […]

Deploy and use SharePoint Framework client side web parts #spfx

A message below appeared in our Office 365 tenant last week on Friday. Office 365 Feature Update: Deploy and use SharePoint Framework client side web parts MC85674 We are giving […]

After months in preview, finally PowerApps and Microsoft Flow (cloud-based services) have hit “General Availability” that enables us to build custom apps and build workflows to automate our business problems […]

As Power BI is maturing for organisations using Office 365, the responsibility to monitor usage and administer Power BI was in the hands of Office 365 Global Administrator until now. […]

Project Online and Project for Office 365 subscriptions are changing

This week (20 Oct 2-3PM BST) I had the pleasure of presenting at a 24 hour Collab365 Global Conference 2016 with tons of sessions covering SharePoint, Office 365 and Microsoft […]